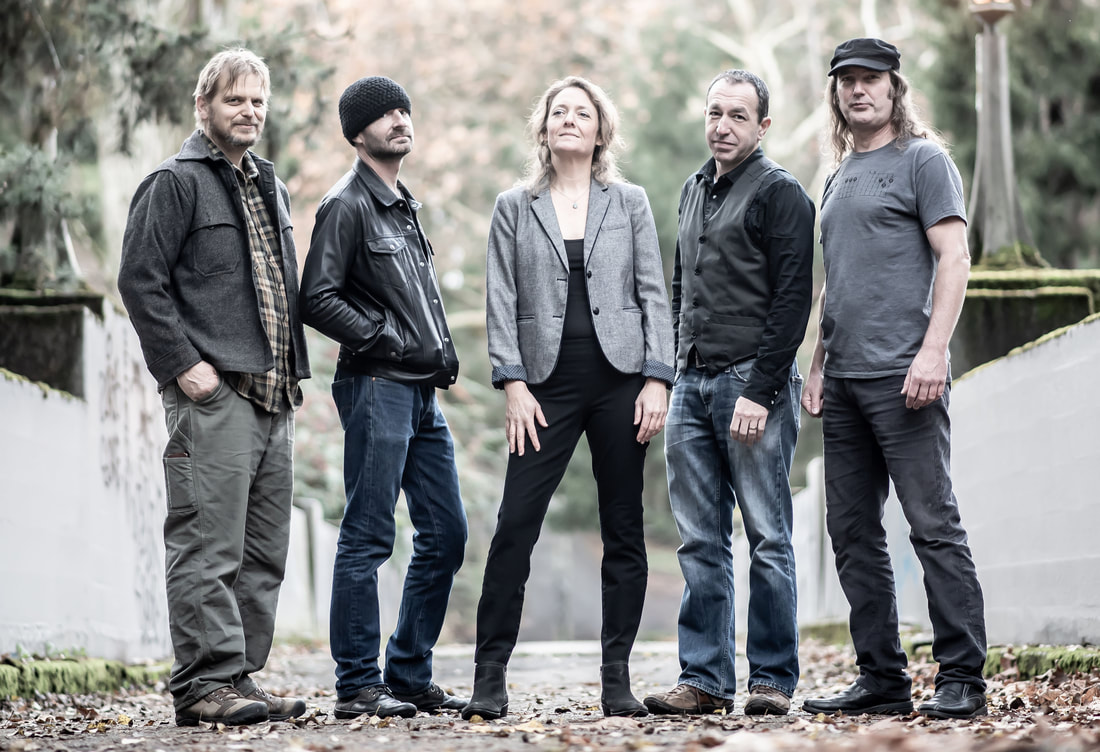 "The important factors are the emotional resonance, the internal colors that are evoked in your head and the last impact of the songs when the last note fades. And in these areas, Echolocator arrives as a winner. We found ourselves drawn by the stories, reading the lyrics and enjoying our own memories evoked by the songs, and impressed by the amalgamation of country twang and indie pop." (Rootstime, Belgium) full review here.

"Get Out of Town" (video by Sherri Jerome)

Julian Martlew writes:
The sound is clean and modern, vocals front and center. An eclectic set of influences from long-time band members takes flavors from singer-songwriters like Jenny Lewis and Sharon Van Etten and twangy southern rock classics from Supertramp and The Police. The rhythm section is no-frills straight ahead, and the atmosphere and vibe come from Lucien LaMotte's versatile lead guitar, Jack Quick's playful keyboards and ace harmony singer Tom Parker. 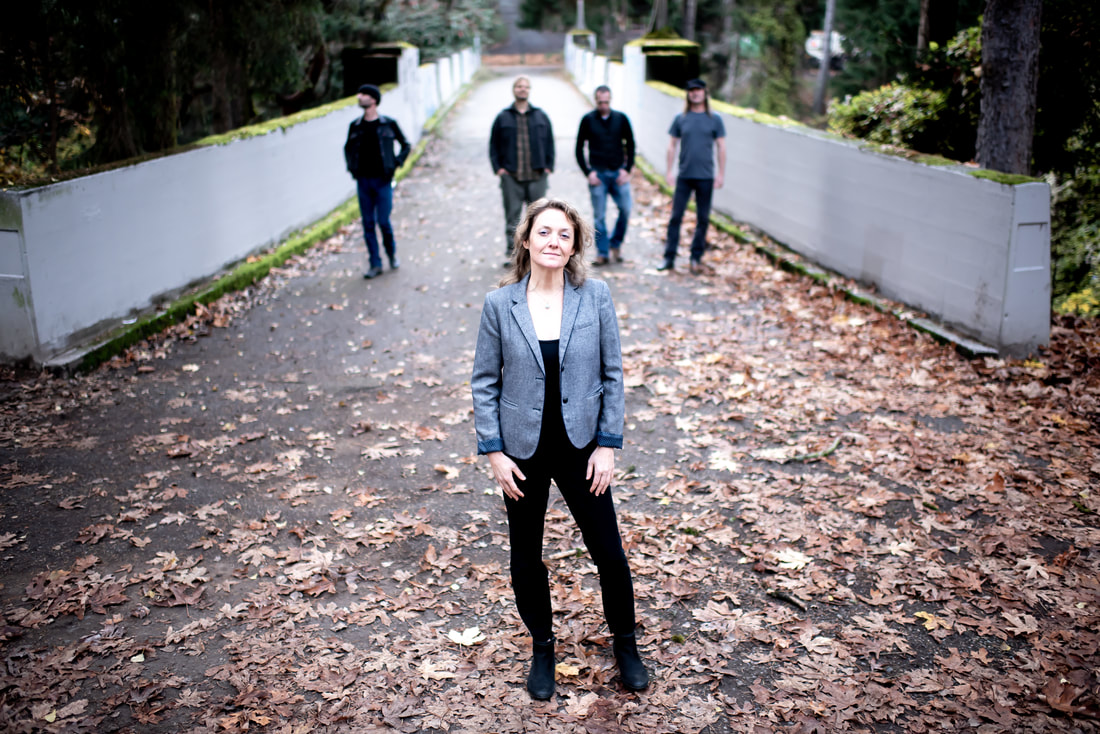 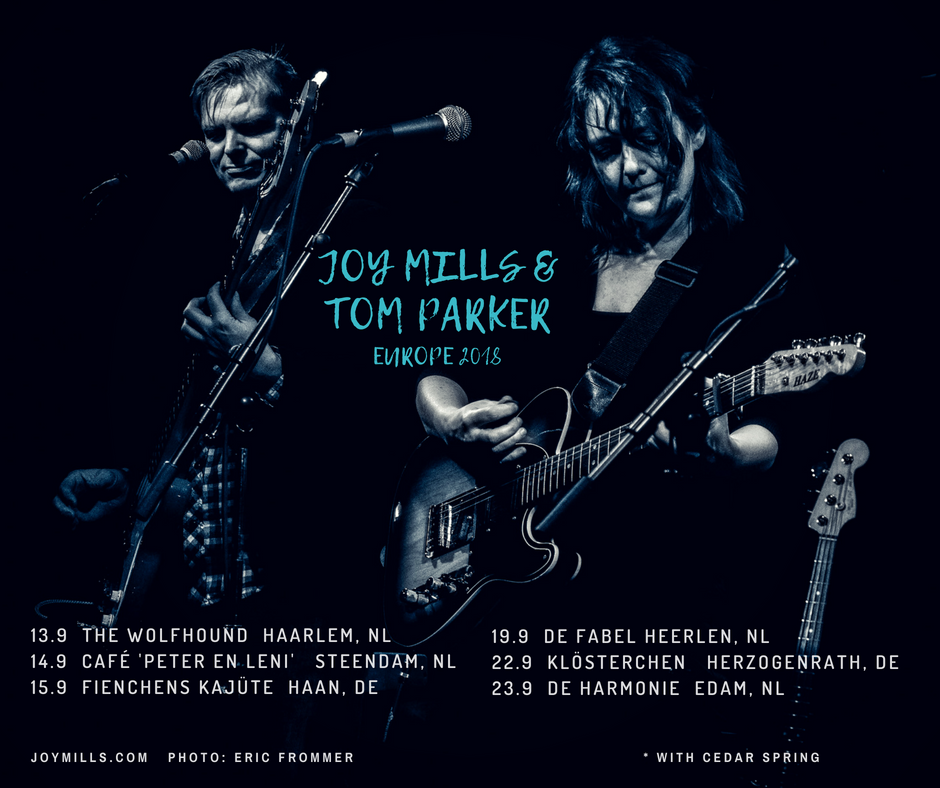 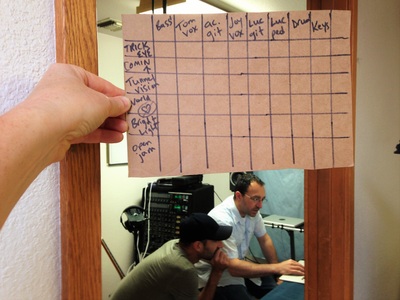 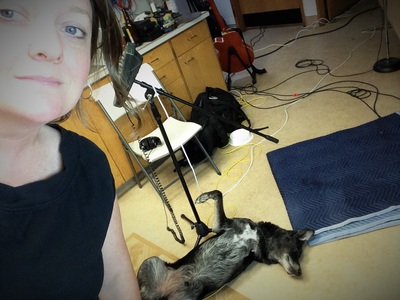 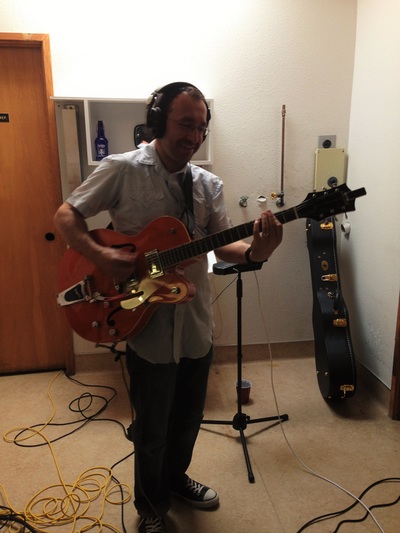 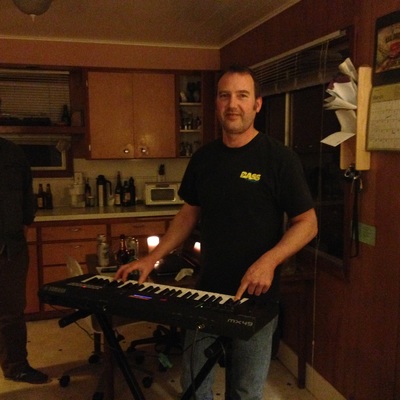 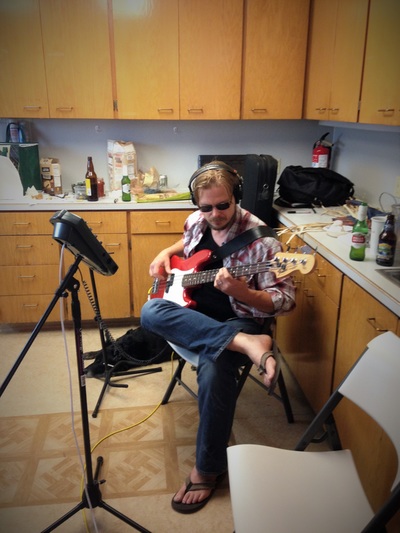 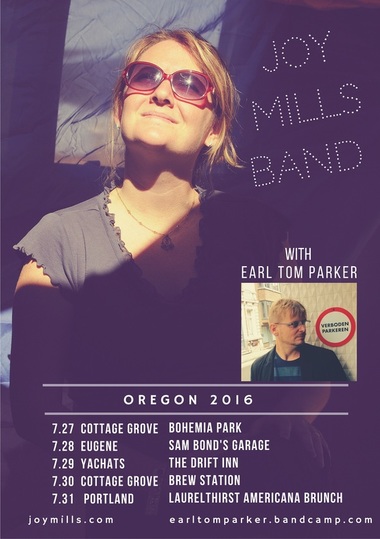 Heading down to Oregon for a few shows in July!
Deep Cut Now Available...also Earl Tom Parker's Tommy Town
We are back from our tour overseas, and ready to share our new EP, Deep Cut.
Please join us at the Waterwheel Lounge on Wed, Oct 21st to celebrate its release, along with our own Earl Tom Parker's release of Tommy Town. 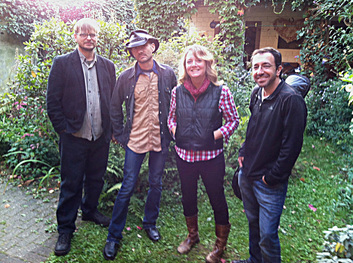 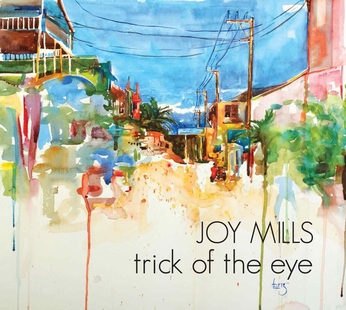 Many thanks to Chris Burlingame at Another Rainy Saturday
for the interview!

Available at bandcamp,  or order directly from the artist

The watercolor is "Belize" by Tracy Lang

May 2013
You do not have to sit outside in the dark. If, however, you want to look at the stars, you will find that darkness is necessary. But the stars neither require nor demand it.  ― Annie Dillard

October 2012
It's been great to get out there on the road with my band, Zoe Muth's band, and over to Europe with Anna Coogan. The traveling the past few months has brought on a bit of a reset in my mind, and I'm excited to be working on new tunes. We have some band shows coming up, a couple fun solo songwriting one-offs, and I'll be joined by some of my favorite musicians for a "Holiday Ham Jam" in December at the Copper Gate (fear not, no xmas tunes)...take care for now...

Many thanks to everyone who has donated so generously to my fundraising efforts to put this album out. Pre-sales have ended...


November 22, 2011 - New album presales and donations!
Last weekend was a very productive one in the studio, joined by Lucien La Motte on pedal steel/elec git, Tom Parker on bass/vox, and Paul Culala on drums. I'll be going in over the next week or so to finish vocals and extra tracking, and we'll be wrapping it by mid-December. Hooray! Then it's off to mix/master and replicate itself. Happy Thanksgiving!

May 2011
The album is in the mixing stage - more news on pre-orders coming soon! Come on out to Conor Byrne 5/26 where I'll be backed by members of BC Campbell's band (also on the bill). Looking forward to playing the new songs with these guys. I'm also playing a solo set at NW Folklife Festival on 5/29 as part of Seattle Folklore Society's Stage. And you can hear me live this Wednesday, 5/25 on KBCS The Outskirts with Christine Linde around 2pm. Now, to sit in the sun.

March 2011
Happy spring! All things spring make a happy being. The album is coming along great...

It's been a quiet and productive winter. In addition to making this record, Tom and I had the pleasure of singing back-up on Zoe Muth & the Lost High Rollers new album, Starlight Hotel, which comes out in April, and we'll be joining the band for the CD release (early/late shows) on April 23 at the Columbia City Theater.

February 2011
In the studio...
Back from Memphis conference - the Stax museum was great. Ernestine & Hazel's bar. Drive-by graceland.

January 2011
Happy New Year. Getting ready to hit the studio soon with new songs, collaborating with a few different folks to help shape the sounds on this solo endeavor. Writing lots of songs, whittling down the list. Playing a show (accompanied by Mike McDermott on bass) at Egan's on Friday, Jan 14th, along with Sarah Burgess and Kevin Aichler.

Sanchez and Hammer's Monday Night Shindig is taking another break, we'll see how things roll for awhile with other projects.

November 2010
Sanchez & Hammer's Monday Night Shindig is returning this fall! Sanchez & I took a break this summer whilst we sat on porches in the sun and whittled, among other things. We're looking forward to bringing it to Mondays again, this time in our favorite watering hole, ye olde Conor Byrne Pub in downtown Ballard. For those of you new to the shindig - this is a songwriter-in-the-round showcase featuring Sanchez (Mike McDermott of Silverhands) and Hammer (moi) and two rotating songwriters. The schedule thus far is 2nd and 4th Mondays starting in November. We've got Anna Coogan, Ian Parks, Zoe Muth and Stephen Ray Leslie on the roster for November, and Barton Carroll and Jake Hemming for December.

May 2010:
It's been a few years since I've worked on my own site, I've been busy with  The Starlings.  And I'll continue to be busy with them, but I'm also picking up some steam for a writing/cd project under my own moniker (or a new one if it strikes fancy). I'll be posting updates and excerpts here as they become less rough in the draft. All this is spurred by our last tour in December '09, and a moment of inspiration while driving through West Texas, and then the good news in January that I was selected for a grant from Jack Straw Foundation Artist Support Program for 2010. I'll be using my alotted studio time to record this new album. More news as it's ready.